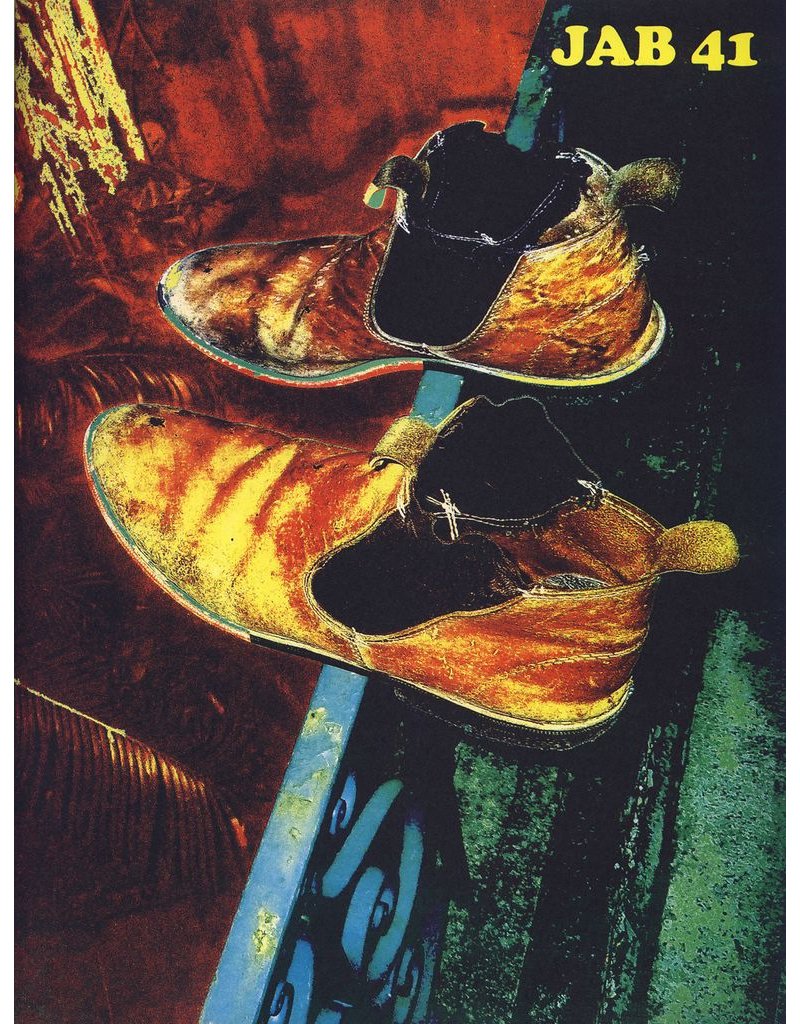 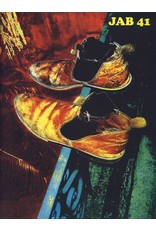 From the Editor by Brad Freeman

A Year or So by Karol Shewmaker
Review by Willa Goettling

Secrets Inside Shadows by Julie Nauman-Mikulski
Review by Rebecca Hill

Felipe Ehrenberg designed the spectacular cover of this issue, appropriately, because the essay by Mila Waldeck published in this issue, “Perfect Unbinding: The Production and Circulation of Beau Geste Press Editions,” offers a detailed history of Beau Geste Press (BGP), founded by Ehrenberg and Martha Hellion. In fact, as Waldeck demonstrates in her essay, David Mayor and Takako Saito were also founding members of the collaborative BGP in 1971. Beau Geste Press produced many landmark artists’ books, including work by Ulises Carrión, Carolee Schneemann, Ken Friedman, Cecilia Vicuña, and many more. One thing that connects BGP with JAB is that both PRODUCE—design, print, distribute—the published work. This hands-on quality contributes immensely to our conceptualization of the book as art.

Unfortunately, Felipe passed away before the cover was printed. He designed the cover in March 2017, and passed away the following May, just as the plates for his cover design were being mounted on the Heidelberg GTO52 for printing.

BONUS publication Trumped-Up Empathy with JAB41. This piece was a collaborative event involving Brad Freeman, AK Milroy, Tim Mosely, and the ever-faithful, mighty, one-color Heidelberg GTO. Conceived and printed before November 8, 2016. Six months into the new U.S. administration, a re-read of this work may provide perspective on the nation’s progression to date, and perhaps help shed some light on its coming trajectory.

JAB41 was offset printed on the Heidelberg GTO52 (ein farben) at the Center for Book, Paper and Print, Columbia College Chicago by Willa Goettling and Ian Kerstetter under the mentorship of Brad Freeman. Goettling and Kerstetter are graduate students in the Interdisciplinary Book and Paper Arts MFA at Columbia College Chicago. Layout design by Brad Freeman. The body text is set in Harriet, and the headlines are set in Cholla. The paper is Mohawk Superfine Ultrawhite Smoooove 28 lb. writing for the text, and 80 lb. for the cover.

Continuing on as our fearless and somewhat enigmatic webmaster is Kathi Beste, with backup doo-wops by her Sunshine Band.

► JAB (The Journal of Artists’ Books) is indexed in The H.W. Wilson Company, Art Abstracts, CSA’s ARTbibliographies Modern, and in Bibliography of the History of Art.